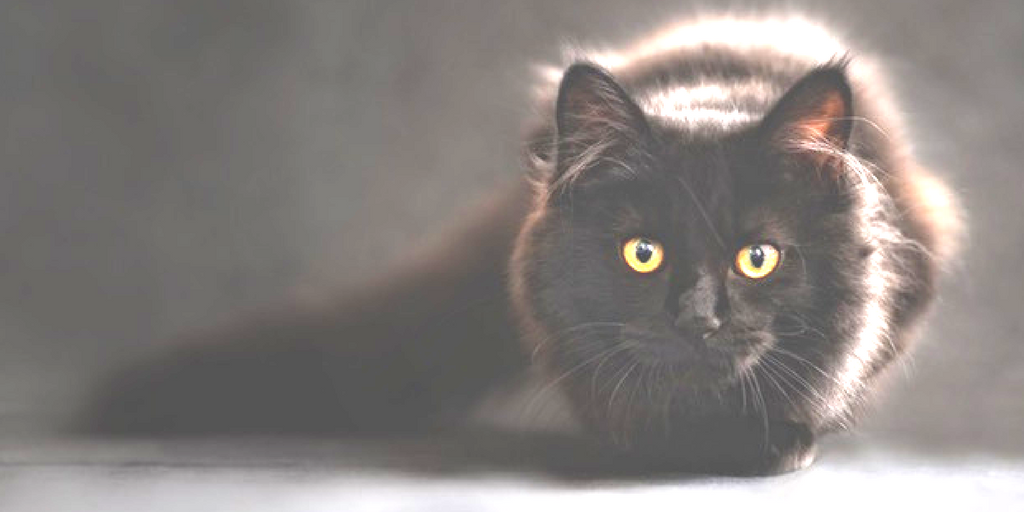 Maky was a street kitten and when we adopted her, she came full of fleas! We thought “Well, nothing like a good bath and antiparasitic treatment to take care of that!”. But it turns out, it was not that easy.

Here’s what happened: When we brought Maky home, she was filthy. Mostly because she had been living in a house with a small garden and not a lot of individual care, we guess. After we cleaned her paws a bit, we allowed some space for her to explore the environment. She went to every corner of the house, scratched her nails on the carpet, bumped her head into our legs and when bedtime came, it was really hard to keep her off our bed. We tried, but we just couldn’t bring ourselves to push her away. She was so small, all alone in a new house and we couldn’t keep her off us. It was December and as it was cold she cuddled herself in my neck crease and we slept all night.

The next morning I managed to take her to the clinic for a first check up. One thing that stood out was the amount of flea droppings all over her fur. The Vet applied a anti-flea spray and advised us to keep her restrained to one of the rooms for now, so that fleas would not take over our whole house. That’s when it hit me! Fleas can spread all over the house? I went home thinking about it and started to worry. How could I bring myself to keep her closed (even for a short time) in just one room? AND… How could I prevent the whole house from becoming infested with pesky parasites?

Later that day, I called the vet and shared my concern. I was advised to spray a proper insecticide on the carpets, couches and every textile she could have spent some time on to avoid infestation. I bought the product, followed the Vet’s advice and the instructions on the product label.

We did everything we could: we sprayed the product throughout the house and washed Maky’s bed and blanket daily at a 194 degrees (90ºC)!! Meanwhile, Maky was already taking to us and allowed us to pick her fleas off. I confess we lost count! If I had not seen it, I would never believe it to be possible: such a small “floofball” (weighing only 2,5lb / 1,2kg) with so many fleas!!

One week later, we went back to the clinic to give her a proper bath. By this time, the amount of fleas had decreased so much that we hoped that the bath would help her get rid of the rest. It worked for most of them and the next few days we found the last few ones. We had won this battle! Or so we thought…
One month later, I noticed that Maky was scratching herself and found some fleas in her fur. I took her to the clinic and it was official: The fleas were back again! But how was that even possible??

That’s when the Vet said that if she was not going outside then there was a contaminated place at home. After we talked, I realized I had missed the most obvious place: her carrier! Since day one Maky adopted her carrier as her favorite place for napping during the day and spent many moments in it.

We repeated the whole thing: sprayed the same product all over the house (and her carrier this time!), treated Maky again and this time it worked!

Today, Maky is 4 years old, weighs 4 Kg and has never had another flea episode since!

When we made the decision to adopt a street cat that wasn’t dewormed, vaccinated or spayed, we embraced the challenges that came with it. We were confident our love and previous experiences with pets would see us through. Kind of…

NOW we certainly feel like we’ve learned a lot from this experience. More importantly, we have developed a trusting relationship with our Vet that is crucial to secure our Maky’s health and well being.

If you suspect your cat has fleas, DO contact your Vet. Solving this problem might be as simple as spraying an antiparasitic insecticide around the house or it may require some more work. But it’s crucial in keeping your pets healthy and your home “flea-free”!