Story of Our Dog Called White 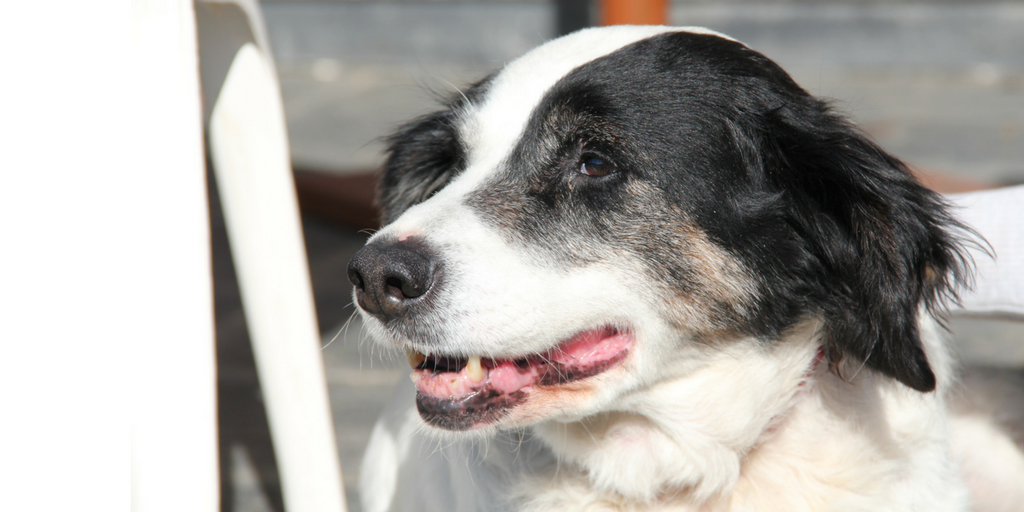 When we were young, my father took my brother to a kennel. They went on a mission to rescue a Dog, since that had always been our biggest dream! We were a family of 3 kids and I had asthma so my mother set some rules: it needed to be a short-haired dog and preferably a male.

They arrived at the kennel and there were 15 dogs, jumping up and down, barking frantically, with wagging tails – all trying to get my brother’s attention. But he noticed the one lonely pup crouched in the corner. My father tried to persuade him not to pick that doggo, according to mum’s rules. But how can you convince a 5 year-old that the saddest dog at the kennel, is not the one you should adopt? Nowadays, in the face of adulthood, I believe he didn’t really have a choice. It was a matter of empathy and a love-at-first-sight relationship that was forged in a matter of seconds between them! To make things worse, the doggo was female AND had long hair.

By the time they got home, we were all so excited, kids and dogs alike, that my mom didn’t have the courage to send her back!

We named her Tita, for no particular reason other than liking it. We loved her so much that we would spend the whole day playing with her! We were all lucky to be in each other’s life like that! She was so loyal and affectionate that my parents wouldn’t worry a minute about leaving us alone with her. Believe me when I tell you, she had to be very tolerant to the deal with the energy of 3 kids around her all the time.

We had plenty of outside space, living in the country, so we took frequent walks and she was always with us. Every now and then, she would disappear for a walk on her own, but she always found her way back home. Things were different in those days.

On one of these occasions, not being spayed, she obviously returned pregnant… we only noticed it when she began showing physical signs of it and soon she gained some weight and became so sleepy all the time, which indicated that she was due very soon.

We were all very excited, except for our mom, with the arrival of the new babies.

One night, we went to see her and there were 6 amazing little puppies! When the time came, we gave 4 of them to friends and family and were allowed to keep 2!

We liked playing with words and since we were left with 2 puppies: one black and one white – we decided to call the black one ‘White’ and the white one ‘Black’. It didn’t last, though. The names were soon swapped around to correspond to the puppy’s colour.

We were one big happy family then (3 kids – 3 dogs), but one year later Tita went out one day and never came back. We were told that when a dog feels he’s going to die, it is pretty common that he goes away first. We looked for days and then my father found her lifeless body. We were really sad for losing her and we took comfort in the amazing puppies she had left us to remember her by.

After a while, Black became very sick. He ended up dying, despite all the efforts to save him. And so, from 3 dogs we went back to having just one! And what a great dog we were left with: White!

White grew up with us kids. He was like our chaperone and he was so smart. He learned everything we sought to teach him.

We always treated him as family and I actually saw him as another brother. We through him birthday parties and he had his own christmas gifts, same as we did!

Everytime he felt one of us was sad or sensed us crying he would come next to us, put his head or paw on our lap just to make us feel better. He just sat there. And that was all we needed. The bond we all had with this dog was amazing! Every time we were together in the living room you could see one of us petting him – ALWAYS! He would also go on long walks with my father, just to make sure he didn’t have to walk alone!

He was funny and special the very best thing he did was: smile! He smiled a lot when we got home or when we got really excited playing with him! I can’t tell you how many times he was patient enough to put up with me venting, especially when I did not want to talk to anyone!

He saw us through our teenage years and always had a friendly paw to lend in our toughest moments.

When we were late he would wake us up and when we went some time without seeing him, he would always greet us with happiness.

We grew up and he saw us graduate, move out and even get married!

At the time, since I was the youngest, he was really important to me as I did not feel alone when my siblings moved on with their lives.

Eventually, he grew older and when he turned 14 we had a difficult decision to make. He had spent the whole night out and my mother found him lying on the floor, injured. His eyesight was very poor at that time and he had fallen over a ditch. My mother called us on the phone and we all came over for lunch and a serious talk.

We called the veterinarian to check if he was available and decided to go there after lunch. My parents couldn’t bring themselves to be there as it was too hard on them so we decided we should all go (my sister and her husband, my brother and his wife and my husband and I).

My father prepared him a last meal with all his favourites, they said goodbye and so did he. He knew it was time and you could see it in his eyes.

This was probably the hardest moment in my life. In our lives, actually, and we were all in it together. It was our time to give back to him all the love and respect he gave to us during our lives and we decided to be by his side until the end. The vet told us very little could be done and it was the best option as he wouldn’t make through the night but was currently in tremendous pain.

Was White a Therapy Dog? No, he had no specific training but he was really smart and he understood everything.

Was it therapeutical to grow up with him? For sure!

We grew up learning how to be responsible for someone other than ourselves, how to take care of another being, how to pay attention to his needs. We learned how to relate, to respect others, to create empathy, to communicate and to share (specially food – and some pillows!).

We grew up with a 4-legged brother that showed us what pure love was all about. He never left us, but when the time came, we had to learn how to let go. We grew up healthier from all our expeditions through the field! We learnt what fleas and ticks looked like and how to prevent them or get rid of them! He called our parents for us, when they didn’t hear our distress calls!

He was my confident, my companion, my brother. After us “kids” got married we couldn’t imagine our lives without dogs so we all got one! The bond we shared with White was so special that we just had to give this to our kids and make sure they have the same experience as we did!

Do I believe my kids will have a fuller life? Definitely! Isn’t it a lot of work? For sure! But Petable makes remembering everything easier now and the experience of having a pet makes everything worthwhile.