Everything You Need to Know About Canine Ehrlichiosis

Home / Dogs / Everything You Need to Know About Canine Ehrlichiosis 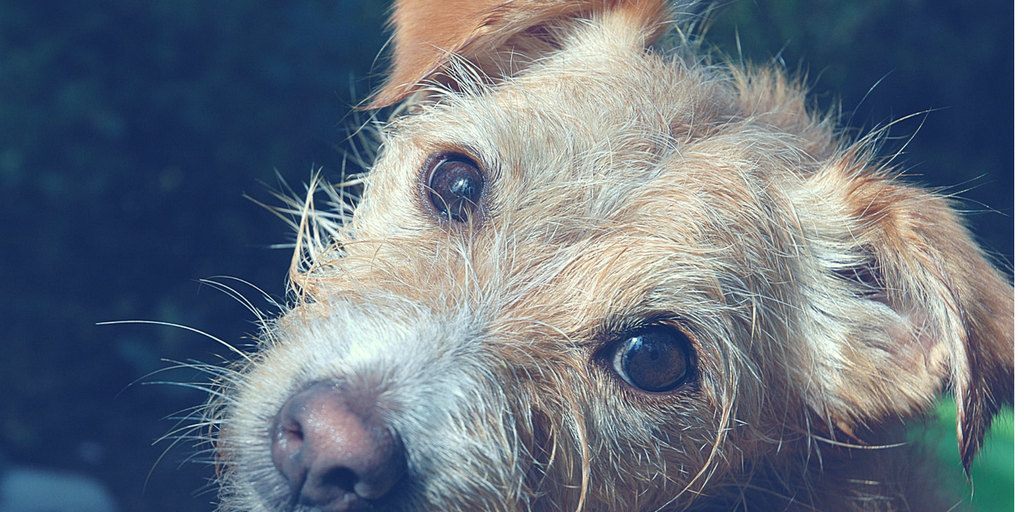 It is generally known that ticks can cause Lyme disease in dogs. However, ticks also act as a transmitter for the bacteria named Ehrlichia which causes Ehrlichiosis in dogs. It can also be transmitted via dog or deer ticks.

Depending on the species of Ehrlichia, the transmitter tick may vary. Ticks like the Brown Dog tick (Rhipicephalus sanguineus), the Lone Star tick (Amblyomma americanum) and the American Dog tick (Dermacentor variabilis) are the main transmitters.  The Lone Star Tick is a carrier of various pathogens which cause southern tick-associated rash illness and tularemia, as well as Ehrlichiosis.

The bacteria infect the white blood cells in the dog’s body. There are several species of Ehrlichia, which can infect a large range of animals. Some specific tick species bite the dogs and infection occurs through the tick’s saliva. Important reminder – infection can only occur if the dog has been bitten by the tick. 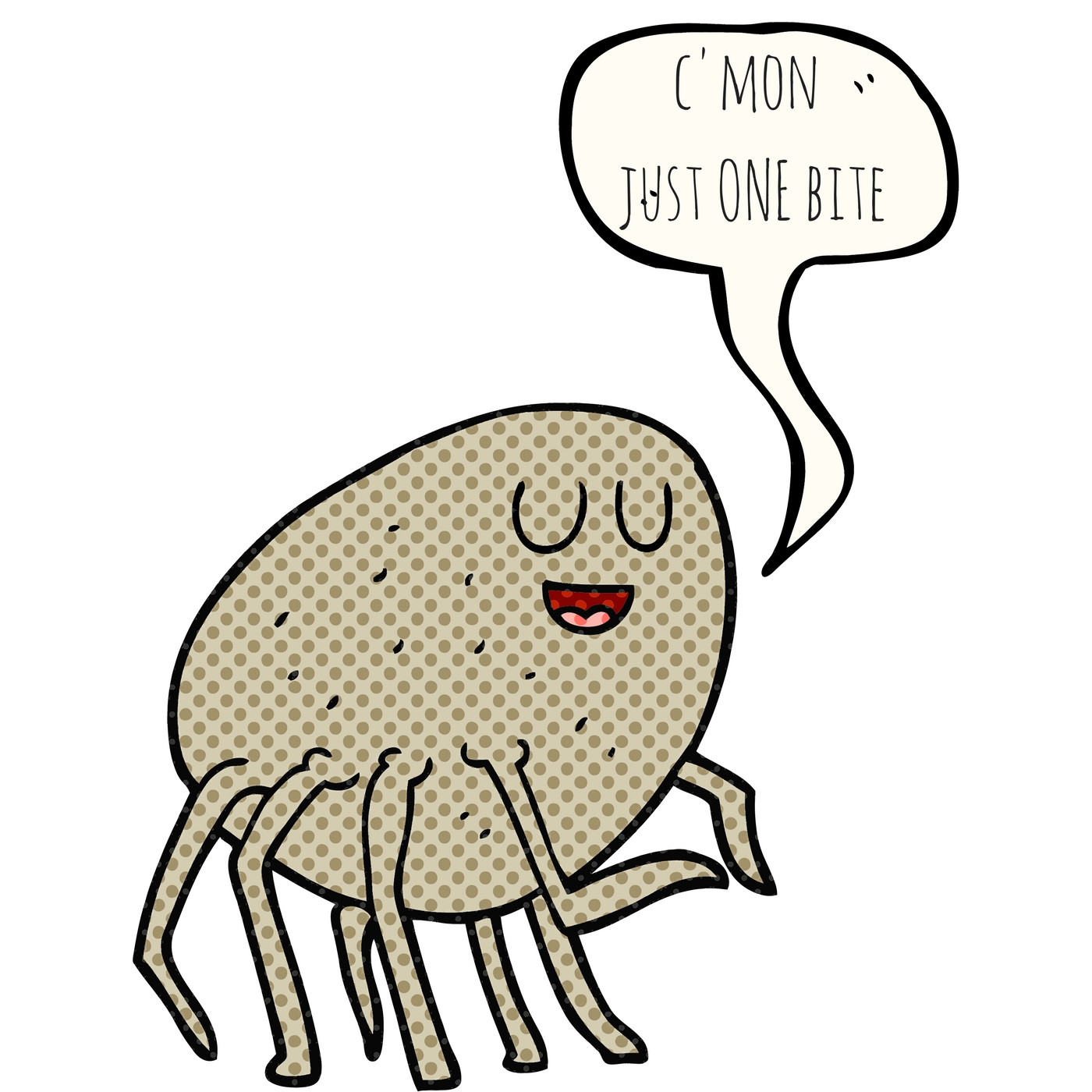 There is also another very similar infection to Ehrlichia, it is known as Anaplasma Platys. It affects the platelets.

Just like any other disease, the symptoms of Ehrlichiosis are dependent on the species of the Ehrlichia causing it as well as the immunity of the dog.
Mostly, Ehrlichia canis results in the most extreme infection. It gradually passes through different stages. The acute phase takes place just after a few days of the dog getting infected. It is rarely fatal when treated. Recovery is possible at an early stage.

After the first stage, the dog enters into a subclinical phase. This phase can prolong for years with no visible symptoms.

Some dogs tend to pass on to the chronic phase. This phase is marked by very severe sickness.

It might all make sense theoretically. However, in reality, it is hard to differentiate between all the phases. The symptoms of Ehrlichiosis are inclusive of fever, suppressed appetite, sudden weight loss, swollen lymph nodes, inflamed spleen, lethargy, runny eyes and nose, vomiting, nausea, and diarrhea. Apart from the physical symptoms, it is also associated with neurological symptoms like depression and incoordination.  Other dog organs can also be infected in the chronic phase. But, there is specially a probability of kidney disease.

A small portion of affected dogs suffers from rashes too. There are two main types of rash that are exhibited by Ehrlichiosis: the petechial rashes, and the red rashes. The petechial rashes include the appearance of small pea size spots due to internal bleeding.  The red rashes are less severe and only appear at the surface level.

The diagnosis of Ehrlichiosis is challenging. The underlying reason is that the dogs suffering from it might also be infected with other tick diseases, making it harder to be distinguished. Other diseases spread by ticks are seen in  conjunction with Ehrlichiosis, like Babesia. The presence of other diseases can exhibit more severe symptoms, which make the diagnosis process difficult.

The dog’s blood can also be examined for the antibodies to Ehrlichia. However, the results produced by it are not 100% accurate all the time.

Ehrlichiosis can also result in the change of protein levels.  For finding out the existence of the Ehrlichia bacteria, blood smears can sometimes be tested. If the bacteria are active, it might show up on the test. In most of the cases, its presence cannot be detected by testing the blood smears.

There are DNA tests that can be performed on the dog’s blood or bone marrow to detect Ehrlichia. These are generally more expensive than normal blood work and thus veterinarians will only use them when the other test results are inconclusive.In general, the lab tests along with the apparent symptoms and health history of the dog are used for diagnosing Ehrlichiosis.

The best available treatment of Ehrlichiosis are specific types of antibiotics that must be prescribed by your veterinarian.If the course of treatment is initiated at the early stages, it can be beneficial in the prevention of future complications.

This treatment is sometimes started on mere suspicion in the clinical diagnosis, and even before the confirmation from the laboratory arrives.

Why? If the dog is treated within the five days of initial suspicion, the fever reduces within the next twenty-four hours. In case of failure of ailing dog to react to treatment, it is commonly concluded that the dog may not be suffering from Ehrlichiosis.

A very simple and straightforward preventive measure for Ehrlichiosis is a reduced exposure to ticks that might carry Ehrlichia. You should be extremely careful in the tick season if your dog likes to wander off into the woods and tall grass.

In case of exposure, one must daily inspect their dog and check out for ticks. The tick needs to feed at least for 24-48 hours before the Ehrlichia spreads in the blood and infects the dog.  They should be removed as soon as possible. Here’s a step-by-step guide to remove ticks on dogs in case of little exposure.

Ticks preventive products like monthly parasite preventative are readily available in the market. You can also invest in tick collars. However, all these preventive measures should be taken after consulting the vet.

To ensure a lesser availability of parasites, you need to do some work! You would have to trim your yard regularly, especially the areas that are prone to ticks. Moreover, the yard and any kennel areas you may have must be treated by insecticides and parasite preventatives for ticks.

Please note: The information discussed in the article is for informative purpose. It should not be considered for treating your dog. In case your dog is showing any symptoms of illness, you should immediately consult the veterinarian.

To download the PETABLE App and make sure you never forget to help your dog prevent ticks and the diseases they spread: