September, the month to acknowledge the work of Service Dogs

Home / Dogs / September, the month to acknowledge the work of Service Dogs 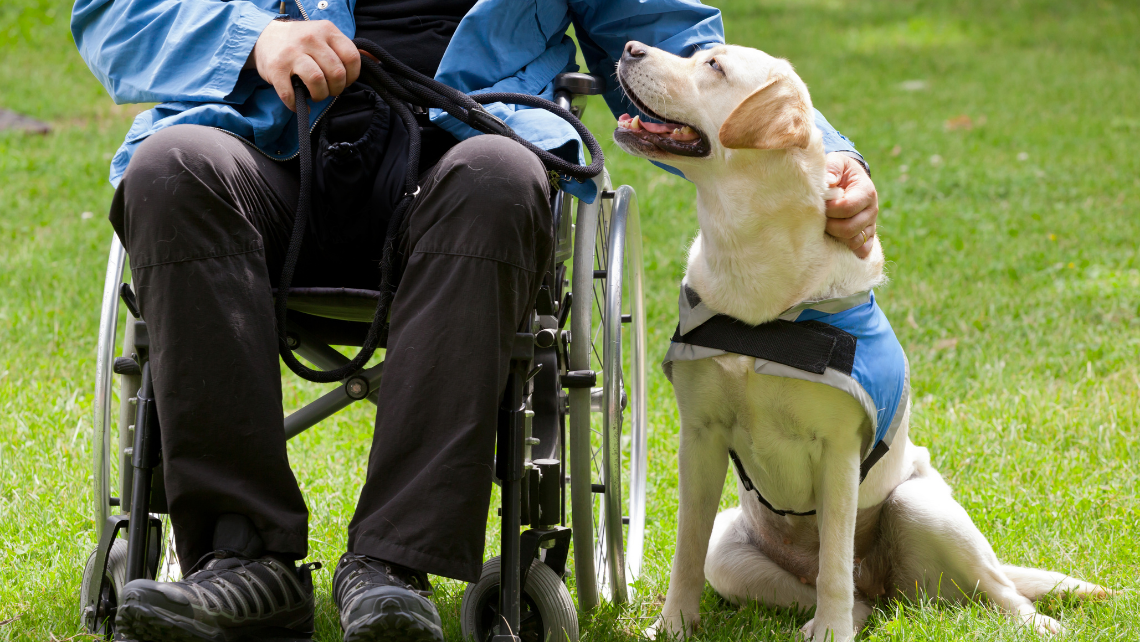 September is a month dedicated to Service Dogs. The month to honour and thank them for their work. They carry out their responsibilities with indescribable hard work, affection and dedication.

Service Dogs are part of the process of Animal Assisted Intervention, which consists of the presence and interaction of an animal as an element of the intervention and/or treatment process in different areas such as: Physiotherapy, Special Teaching, Social Action, Sociology, Occupational Therapy and Psychology. Contributing to a significant improvement in the quality of life of the patients, in this case, the dog is the facilitator.

AAA is a playful activity that can have therapeutic, recreational and motivational results, but has no defined objectives.
AAT is a therapeutic process in which the animal is an integral part of the treatment. The sessions are directed by a health professional, with specific objectives previously defined, in order to promote improvements in the physical, social, emotional and/or cognitive functioning of the patients.

Both in TAA and AAA, the animal is a motivating influence that improves the quality of the treatment that should always be performed under the guidance of a qualified technician.

One of the most used animals in Animal Assisted Interventions is the dog that contributes as a support or therapeutic tool, by having the ability to arouse emotions in the human being and by significantly promoting the physical and psychological well-being of the patients.

Contact between Service Dogs and people allows the patient/user:

– To express emotions, develop the ability to communicate by enhancing social interaction;
– In entertaining and distraction in cases of pain (decreases their perception);
– To increase interest in participating in therapy sessions by facilitating communication between technicians and patients;
– To increase concentration on certain tasks and contributing to learning (they are a focus of attention), persistence, resistance to frustration, serenity and tranquility acting as powerful social catalysts;
– In the case of the Guide Dogs, to help their users to move around faster and in safety in their daily lives;
– To release hormones that facilitate the fight against depression;
– To stimulate the feeling of sharing, caring, confidence and affection.

However, Service Dogs are considered working dogs and we must follow some rules so as not to distract them and not disturb the patients/users:

There are so many benefits that Service Dogs provide that they should be honoured every day. September is their Month!