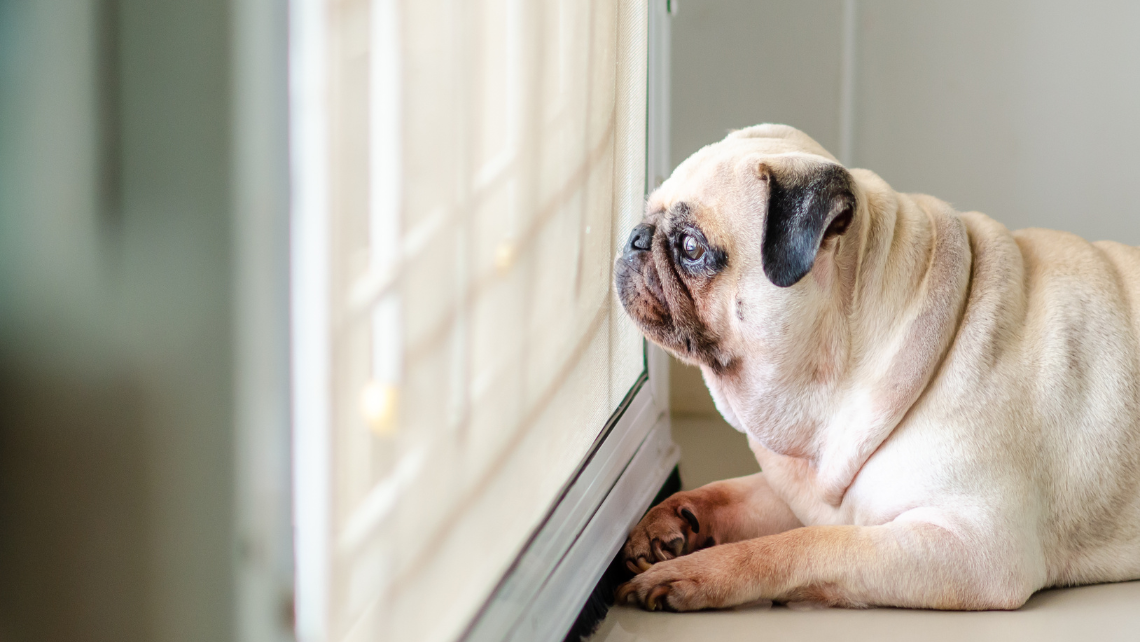 Brachycephalic dogs, with short skulls and flat faces, have been gathering fans all over the world, mainly because of their gentle character and cute appearance.

These breeds have risen in numbers in recent years, which comes as no surprise. Mostly due to the demand of families, determined to have a cute little bug-eyed companion to enrich their lives.

But for brachycephalic dogs, their uncontrolled breeding has brought them both cuteness and doom, giving rise to a truly breathtaking love affair.

What does this mean?

What are Brachycephalic Dogs?

The term brachycephalic comes from the Greek brakhys (brachy, meaning short) and képhalos (cephalus, meaning head), due to the fact that these dogs’ skulls seem to have suffered compression, front to back, when compared to “normal” canine skulls (think of a wolf’s head for comparison).

For this reason, they are even more commonly known as flat-nosed dogs.

Which dog breeds are Brachycephalic?

Here are some of the most popular brachycephalic breeds:

Why do Brachycephalic Dogs have health problems?

The evolution of brachycephalic dogs has been marked by the enhancement of breeding with increasingly shorter noses. The result of this artificial selection led to a series of physical transformations of these breeds, with a deep impact on the shape and, consequently, on the life and health of these animals.

A choice based on physical characteristics alone. Choosing cuteness over health means some of these pets suffer from serious and complex problems, such as:

This condition is characterized by a number of anatomical and functional abnormalities, which block airflow and cause signs of obstruction in brachycephalic dogs.

Amongst the most common changes responsible for compromising the breathing of brachycephalic dogs are:

What are the signs of Brachycephalic Obstructive Airway Syndrome?

Not all brachycephalic dog breeds are affected in the same way. Even within individuals of the same breed, some might have more severe cases of BOAS than others.

For this reason, the signs are associated with the degree of individual obstruction in each dog, and are aggravated in challenging situations, such as exercise, exposure to heat and moments of over-excitement.

Some of the most common signs of BOAS are:

Is there a treatment for Brachycephalic Obstructive Airway Syndrome?

Although the condition is present from birth, it is common for the owners of these brachycephalic dogs to seek veterinary help only later in life. Usually, when they are already adults and the respiratory compromise is significant, or during an emergency, in a moment of respiratory crisis.

But these animals can (and should) be helped much earlier!

Early intervention through corrective surgery can make all the difference! Besides ensuring a good prognosis for most of these dogs, with increased comfort and immediate relief of symptoms, it can also prevent an early death.

The most commonly performed procedures are correction of stenotic nostrils and extension of the soft palate. As in any other surgery, it’s not completely risk-free, but its execution brings a breath of fresh air to these animals!

What other precautions should be taken with Brachycephalic Dogs?

Besides the specific recommendations made by the veterinary team that accompanies them, we leave you a list of the most frequent ones:

What is the future for Brachycephalic Dogs?

In the Netherlands, in 2014, a law was passed to ban the breeding of dogs with muzzles considered too short, and that included 20 brachycephalic dog breeds.
But it wasn’t until 2019 that it was complemented with a set of specific guidelines as to the minimum acceptable length for a dog’s muzzle. All animals that fall below that threshold will not have their pedigree recognized by the Dutch Kennel Club. They will instead receive a certificate of descent, the purpose of which is to more easily identify non-compliant breeders.

Recently, earlier this year, Norway established itself as the first country to take a radical position on the breeding and sale of two of these breeds – the English Bulldog and the Cavalier King Charles Spaniel.

Claiming animal welfare reasons, the Oslo District Court, in an unprecedented and historic decision, made effective the ban of both, considering that their breeding is a cruel practice, which results in health problems in animals.

Such measures have been the subject of much controversy by kennel clubs around the world, including breeders. Some fear that these examples will be adopted by other countries, which could spell the end or serious reform in physical characteristics for many of the most popular dog breeds.

What can we do for Brachycephalic Dogs?

It is easy to understand why these animals are so desired. The similarities of their physical features to animated characters, and their usually adorable personality, playful and fun, make brachycephalic breeds a top preference for purchase or adoption by families.

But it is clear that many pet parents are not properly informed (and prepared) for all the implications of choosing such a breed, often made on impulse. All the “promotional” images of brachycephalic breeds that have reached them through television, movies, advertisements, physical products, or social networks have contributed to their popularity.

Therefore, the way forward should be focused on awareness and information actions, among those who can make a difference for these breeds – and that’s all of us!

Even in countries where the breeding of these animals is not prohibited by law, there are campaigns that inform about the risks of acquiring brachycephalic dogs and even ask for the public’s help in gathering relevant information, which is fundamental for the future management of the problem.

Also in the veterinary community, there are countless appeals that demonstrate the spirit of unity among the professionals involved. Whether through social networks, posters and other materials, these accounts and testimonies of the hardships brachycephalic dogs deal with every day, have been crucial to this awareness.

Like the video of the awareness campaign of FECAVA, the European Federation of Companion Animal Veterinary Associations, which brought together veterinarians from all over Europe, for getting one message across – not to acquire brachycephalic breeds. A powerful and emotional video that brings together the common plea of all those who see these animals suffering daily, simply due to shape of their skull.

Brachycephalic dogs may have a happy existence, but no matter how much care or pampering they receive, it will never be completely pain free.

For most of them, each breath of air requires constant effort, but if we start acting consciously and responsibly now, their descendants will be able to live long, healthy lives full of easy breathing.

So when choosing your next furry friend, think carefully before you decide! And do it not only for you and your pet, but also for the future of these breeds.

Don’t waste your breath remembering all your pet care.  Install the Petable app, free for iOS and Android, and breathe easy: