My Therapet – How a Rescue Cat Changed My Lonely Life 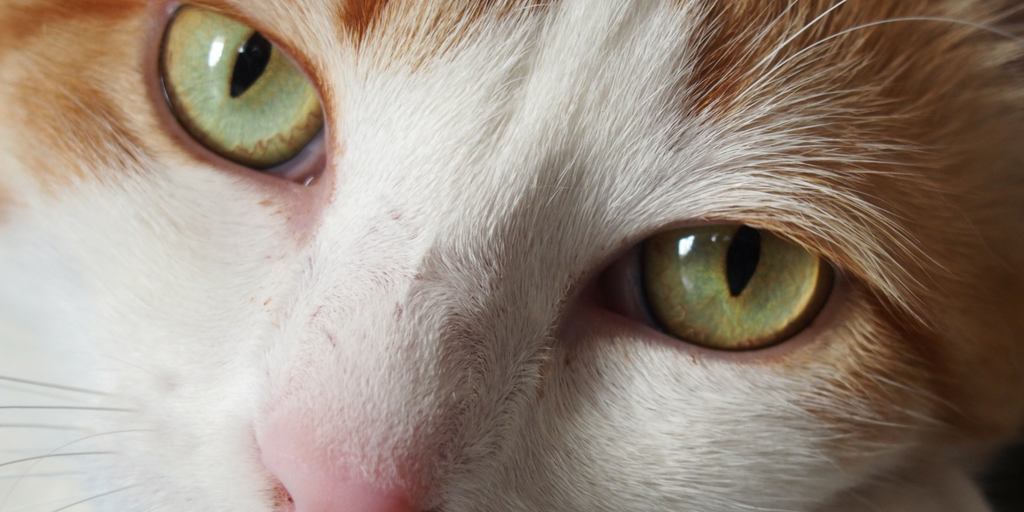 A lot has been said on the positive effects that living with a pet might add to your quality of life and your health. We also know that our care is at all times fundamental for the well-being of our pets.

Regarding pets as a form of therapy is not a concept that everyone is attune to, but all it takes is for you to have contact with a pet during a moment in your life. If you have, then you know just how important a role they have in our lives. I had already heard about therapy pets but it was when I moved town, that I got to know the reality first-hand.

When I moved, my whole life changed! After 37 years living in a full house (parents, sisters, friends and animals) suddenly I ended up 600 km away from everyone I knew and loved, in an empty house all day waiting for my boyfriend to get home from work. I was also looking for a job but that part wasn’t going well. The day took me forever to get through and it wasn’t long until the loneliness set in. I began feeling sad and unmotivated, nothing to challenge my mind. After a while, I noticed I was starting to forget things. Me, who even bragged about my amazing memory. I was suddenly messing up words and names of the people around me.

Among other things, my lack of occupation was a big trigger in adopting a pet. Up until then, I had only had dogs but, this time, it was a cat that caught my eye. A friend’s post on social media had a call for adoption. She had taken home a street cat and her sad eyes caught my attention and my heart. She was so small and skinny, all white with a sort of orange wig and these huge yellow eyes staring intentlt. She looked profoundly sad and as soon as I saw her picture I felt that we were meant to be together. It was love at first sight. I reached out to the person that post and went off to meet her. My first words to that terrified kitty were “Hi, I’m your new mummy!”. I took her home, being sure that we were going to be really happy together.

It wasn’t easy. Cookie was a very anxious and stressed little kitten. Although she survived the streets for almost 7 months with other cats, she was terrified of people and other animals. I found out later that she had been bullied by her mother and sister and I suspect that some humans might have mistreated her too. After almost 3 years, Cookie is still afraid of animals, unknown people and even small noises that she doesn’t recognise. The first 8 months were extremely hard on us but it was this long path that created the bond we have today and that ultimately brought me the happiness I enjoy nowadays. During the 1st 8 months we were “therapy” to each other. Yes, I was her therapy and, by giving me a job to do, she took care of me too!☺

Love is rewarded with Love

For 8 months I wasn’t able to touch Cookie without her showing her nails and letting me have it. I tried several approaches, every day and all my attempts failed. She was in hiding almost all of the time and I gave her time and space for her to realise I was not there to hurt her. I would never hurt her and promised that from day 1. All Cookie needed was love and I had a lot to give. I gave her love, time, patience and made her a promise: to always keep her safe. After 8 long months with scratched arms and bleeding hands she gave me something back: she allowed me to pet her head without attacking me. I cannot put in words what I felt at that moment but I can tell you it was one of the happiest of my whole life! Love is rewarded with love and Cookie was ready to give back on all my efforts and care! It might be hard for some people to understand the bond we now share, but we know how we feel about each other.

Cookie never vocalized, though. Months went by and I never heard the slightest “meow” from her. Sometimes she opened her mouth as if she was going to say something, but not a single sound came out. We even thought she was mute…But then the day came when she DID vocalize. She did it whilst looking at me and I got so excited. I started talking back and she vocalized at every single word that came out of my mouth that day. It was our first conversation and since that day she never stopped. She still doesn’t make a lot of noise, her meow is barely a whisper. It’s as if she doesn’t want anybody to know she is there, but she definitely talks to me!

Modesty aside, Cookie is my achievement! Hard and demanding as it was. I don’t know many people that would give so much of themselves and their time to help a new pet overcome the fears that Cookie had and waited for the bond to form, but I know I would do it all over again. I was her therapy and she was mine. She gained the safety and stability of a caring home and I gained purpose and a sense of achievement.

Today, Cookie has two feline brothers, Sushi and Tomé – both rescues – and that was also a big accomplishment. It would never had been possible before she was healed.

Maybe this story is not the most common one as we talk about therapy animals, but this is my story nevertheless. The perspective of someone who is now SURE in her heart that pets can help us heal, as we help them heal as well – all it takes is love and respect.