Cat Behaviour – What Is My Cat Trying To Tell Me?

Home / Cats / Cat Behaviour – What Is My Cat Trying To Tell Me? 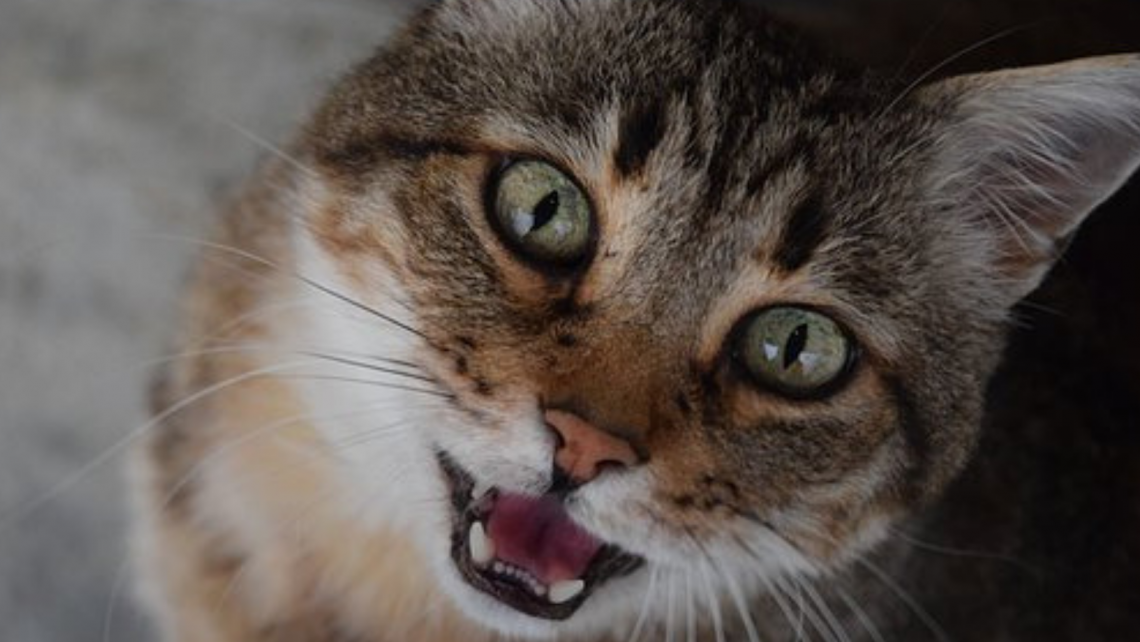 Lately, there has been an increase in the number of people that choose to have a cat as a pet. Cats are chosen as pets due to their more independent behaviour and the ability to care for their own grooming. But there are other reasons that make people choose cats – read more here.

Despite their popularity as pets, cats are frequently misunderstood. Why does this happen?

The domestic cat, as we know it, descends from a feral, solitary and territorial cat, in a time where encounters between individuals of the same species rarely occurred. Hence, its visual communication was not developed to the same level as other naturally social animals, such as dogs and humans. This difference in social behaviour can sometimes be confusing for owners and lead to misunderstandings and conflicts.

Cats communicate using a variety of signs such as visual, tactile, auditory and olfactory. Visual signs represent best what the cat is trying to communicate and are also easier for humans to identify. Hence, we will analyze these in more detail.

What are visual signs?

Visual signs are alterations of the cat’s facial expression and body posture. These alterations can be easily identified by any owner that dedicates a little time observing their cat.

To identify and interpret these signs, the owner must pay attention to alterations on visual contact, pupil size and whiskers and ears position. Body posture, tail and head position are also used by your cat to communicate what she is thinking.

We will talk about every sign individually, from whiskers to tail. However, you should be aware that to better understand your cat, you should look at it as a whole.

They are a characteristic trait of our feline friends and one of the most important features for cats, given their sensorial and tactile function. In addition, through their positioning they are of great use in cat communication.

Have you noticed that cats tend to approach the people that pay the least attention to them? Cats do not appreciate direct visual contact (without blinking) and they see this behaviour as an act of defiance or aggressiveness. Cat lovers usually approach the cat with enthusiasm and with direct visual contact, this is why cats prefer to approach people who show disinterest in them.

However, not all visual contact has the same meaning. Eye contact made with a slow blink and/or half-closed eyes is a sign of contentment. This behavior indicates that the cat does not see you as a threat. In the feline world, closing the eyes in the presence of someone is the ultimate sign of confidence.

The pupils, the black part of the eye, regulate the amount of light that reaches the retina (the area at the back of the eye). Additionally, the size of the pupil can also give some clues about what the cat is trying to communicate.

In an alert or angry cat, the pupils may contract and become narrower. A scared or excited cat will show dilated pupils. Hence, pupil dilation is also indicative (together with other signs) that the cat is ready to attack.

Just like the whiskers, the positioning of the ears also has a relevant role in visual communication.

Lifted and relaxed ears indicate that the cat is relaxed, while ears raised and facing forward indicate that it is alert. This position of the ears can also be observed during a friendly greeting.

Ears positioned horizontally and pointing sideways, like small airplane wings, indicate a readiness to respond to stimuli, either in situations of play or aggression. Ears back flattened against the head indicate fear.

Tail position is one of the most accurate indicators of a cat’s mood. If a cat approaches holding the tail vertically it means it is confident and happy to see you. A tucked tail between the legs or underneath the body is a sign of anxiety, fear or even illness. If the tail is held up but with a puffy aspect, with the fur standing on end, this means the cat feels threatened.

Tail movement is also a good way to decipher how the cat is feeling. A happy cat will move the tail lazily swinging it from side to side. Contrarily, an excited cat, may it be for playfulness or aggressiveness, will move the tail quickly in short strokes.

Cats, and other animals, have the capacity to puff up their fur. This phenomenon is called piloerection. This creates the illusion of a bigger silhouette and is used as an attempt to intimidate the adversary when cats feel threatened.

Contrary to the popular opinion, the typical “Halloween cat” silhouette showing teeth, arched back and puffed fur is not indicative of an aggressive and ready to attack cat. This body posture is indicative of fear and an attempt to appear bigger to scare the menace away and to avoid conflict.

A fearful cat, ready to attack, will show the following signs: lowered and tense body, dilated pupils, ears back or pointing sideways and flattened against the head, tail with whip-like movements, direct visual contact and body directed to the source of threat. These aggressive visual signs are often associated with growling or hissing vocalizations.

Often, when cats are happy and relaxed, they like to stretch out and lie on their belly. But why do they attack if we try to pet their belly? This may seem like a case of contradictory signs, but it makes perfect sense if analyzed from the cat’s point of view. This behaviour may have tow meanings: either it is a demonstration of trust (and any physical contact may seem threatening) or it is a play request, so any physical contact leads to an attack response.

The belly-up position can also be highly defensive, since it allows better use of the teeth and claws. Therefore, if you see a cat laying on its belly avoid physical contact.

We remind you that…

We remind you that it is important to observe the cat as a whole and to look at all signs together. This will help you get a more accurate reading of what your cat is trying to communicate.

Our cat’s communication is subtler than ours, but it is easy to interpret if we pay attention to the visual signs and if we know their meaning.

Understanding these signs allows you to better understand/read your cat’s behavior. Knowing what she is trying to communicate will improve your communication, deepen your connection and avoid possible aggressions.

The PETABLE App is for cats and dogs (but other animals too). Pet owners can also keep all their pets’ info handy, at all times. Click to download: